We all understand emigration as leaving your home country to reside in another continent or country, we’ve seen friends and family take up the task of moving for a better life or we’ve done it before and returned at a later date.

Every day we see more people emigrating to new countries with immigration lawyers having to facilitate these processes. Onc tread picking up steam and that is not as well known is the act of semigration.

While this term might sound strange to you, thousands of South Africans are semigrating each year and the number keeps on growing. So let’s take a look at what it means, and how this affects housing and the rental market. 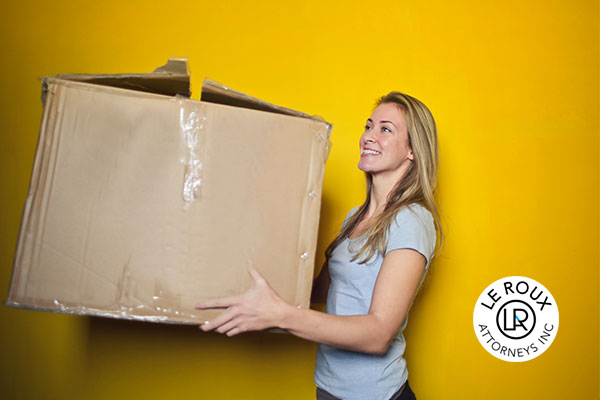 What is semigration and how does it affect the rental market?

Semigraiton or semi-emigration is understood and describes the act of moving within South Africa. The term semigration has been developed for those people who seek a better quality of life away from urban crime, congestion and the concrete jungle.

One of the most popular semigration trends is happening up north with many defectors moving away from Gauteng to the smaller, safer, scenic places that will decrease stress.

It is found that people are semigrating to either grow their careers to retire, each country holdings its appeal. According to John Loos, a household and property sector strategist at FNB, states that “semigration” to the Western Cape from other parts of the country is going full steam ahead.

This tread is seeing More retirees are leaving Gauteng than leaving the Western Cape, while on the other hand, an overwhelming number of those semigratings from the Western Cape go to Gauteng for work purposes.

“I believe Gauteng and the Western Cape will have better economic growth than other regions of SA in the long term. They will, therefore, attract more skills away from other regions,” said Loos.

Loos said those who are semigrating or even emigrating often do so for economic reasons, however, while this is a valid reason; as the age-old saying goes that the grass is always greener on the other side.

“A lack of economic growth should imply a lack of new opportunities for skilled labour to move to, and this normally implies reduced mobility of labour and a lower rate of relocation to other parts of the country. Against this dismal economic backdrop, a 9% estimate for geographical relocation-related selling still appears quite strong.”

Loos feels that the moderate increase in the emigration trend in SA could in part be due to the gradual rise in social tensions, resulting in concern about possible future political instability in the country. Additionally, this could also be due to the economy which has stagnated since 2012.

Loos pointed out that emigration seems to follow somewhat of a cyclical route. While it can be determined by households’ perceptions of the longer term future of the country, with recent years of heightened social tensions playing a role, it also has much to do with the economic cycle both in SA and abroad.

These alternative motives could in part explain the still-significant “semigration” rate. Cape Town’s attractiveness appears to be reflected in a very low rate of selling in order to relocate away from that city, for instance.

“The estate agents taking part in the FNB Estate Agent Survey indicated a strong semigration in the direction of Cape Town. It normally includes a significant number of retirees, but the biggest portion still comes for work,” said Loos.

These stats suggest that the impact of the economic slowdown doesn’t appear to have affected the level of selling, in order to relocate to other parts of South Africa just yet, John Loos.

Taking this into consideration, this provides a different selling approach for landlords and tenants.

Landlords could find what those are semigrating need and are looking for and advertise or accommodate as found, this could increase selling and renting sales for landlords.

In addition, this would make it easier for those who are semigrating to find a place to settle down much easier and thus boost the economy.

Semigrating may not be as taxing as emigrating but it is still a considerable process that requires financial and legal processes be taken. In instances such as these, it is always best to weigh the pros and cons before making life-changing decisions, no matter how big or small the distance may be.

If you would like some tips on how to successfully semigrate, check out the step by step guide here